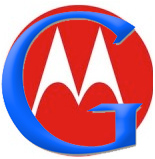 The world of mobile communication is not short of drama. Today's news that Google will acquire Motorola Mobility was an unexpected chess move from the boys in Mountain View. Even if the rationale for the move was defensive and rooted in the patent wars of recent, it will have a huge impact on the consumer space of mobile phones. Essentially, I believe, that this purchase means that Motorola becomes the bastion of the untainted Android experience and lead platform in entering the market with new innovations and flavors of the OS and by doing that they will push the other manufacturers to raise stakes in the Windows Phone ecosystem, giving it the necessary boost it needed to become the third major phone OS/ecosystem.

The area of innovation for Android has already been very narrow, and manufacturers have attempted to create some form of propitiatory value with their own facades to the OS, such as the HTC Sense. I think that most consumers don't really care about them and on the other hand enthusiasts like me would prefer the stock Android experience. Google's move has made it even harder for independent handset manufacturers to stand out, as I suspect that Motorola will be rolling out the latest and greatest before them, leaving others fighting for scraps. If that happens it's far from the "defensive move" that Google seems to have the other manufacturers signed up for.

Well, what options do the other players then have than? The comments from the other manufacturers felt scripted and there's a certain tension that can be said from what they are not saying rather than the short and almost identical blurb that Google made them issue. Moving forward, there are only two viable options in my opinion:

1) Play second fiddle. Follow Google/Motorola and focus on the tech-spec race, facades and heavy advertising to stand out. This is the official party line of all of them - for now. It depends on how fairly Google/Moto plays with the others and we'll see if their tolerance for favoritism fairly soon. Any sense of giving more goodies to Moto will break the alliance and shift resources away from the Google backed solution.

2) Bet on two horses. Most manufacturers have stake in Windows Phone already so shifting more resources to the third viable open platform while playing down Android's role would be easy to do. This would be an overall positive development for the Microsoft/Nokia alliance as the platform is desperately looking for some traction and the additional support might just do the trick. Nokia's stock price jumped a healthy +10% as a reaction to the Moto/Google news, so it seems that the market is believing in this scenario.

It does seem like Google just might've created a fracture into the (up-to-now) very solid Android alliance and almost accidentally made Windows Phone a viable platform. The handset makers would love to see more competition in the OS space, as that will give them more negotiating power - let's be frank, as of late, they haven't had too much it. This is why I suspect that they will go with door #2 and bet on both the horses if they can. Honestly, I think even Nokia should look into this. Pumping out an Android phone or two would be very easy with the close Linux based family heritage of Meego/Maemo and Android - and that would mean that they have all bases covered. If Windows gains traction, they could then just drop the Androids from the portfolio.

What ever happens, I'm sure the big winner will be the consumer, as all of the players will have to work hard to impress us - and there will be at least three massive operating systems and a few of smaller ones to choose from.
Posted by Unknown at 1:53 PM 5 comments: Links to this post

The dark art of SEO 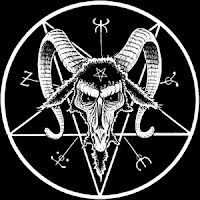 Most people don't know what the hell SEO, Search engine optimization, is. Most people in advertising think it envolves black cloaks, chanting in the basement and sacrificing a goat to the gods of Google to make you site pop up on top of the search results with the queries you want. That would be pretty cool, but in reality it's quite a lot stupider than that. In my experience there are four important levers that affect Search Rank:

1) Quality of content: Search engines are actually pretty smart. They tend to pop up the best content, so the best way to climb on top is making something worthwhile for the sites audience. So matching your sites content against what people are looking for seems like a smart idea. Use Google Insight tools to dig into the existing consumer behaviors to match your content with what people are searching for. Let's say you have a site about Ice-Cream. What should the content on your site be? Looking at the most common related queries would be a good place to start.

2) Frequency of updates: If you want to top the charts in Google, you need to look alive. Search engines hate static pages that seem to be frozen in time, so it might be a good idea to create an editorial calendar that spreads out the content over time. It also makes managing your site easier as you don't need to create everything at once. This is the reason why corporate blogs are a good idea, as they are a natural way to keep publishing new content. Editorial calendars also make planning messaging across multiple channels easier - anywhere from tv-campaigns to tweets.
3) Inbound links: This is the vaguest one of them all, as it is hard to test. But urban legend tells that Google in particular is sensitive to inbound links and that they affect search rank significantly. I think it is just good practice to first of all cross link your existing web properties and then encourage track backs and social sharing. It doesn't hurt to add a "Tweet this", +1 or a LIKE button either, as they could push more links and traffic in too and generate inbound links.
4) Don't sabotage yourself: Yes, there are some best practices in creating content, but if you avoid the big no-no's, like big-ass Flash elements that don't have HTML equivalents or not adding alt tags to images, you should be fine. Choosing a good CMS should make making content search engine friendly pretty easy.
And that's it. You're now indoctrinated into the dark circle. Robes on the left, candles and knives on the right.
Posted by Unknown at 10:26 AM 4 comments: Links to this post