QR codes in ads are stupid 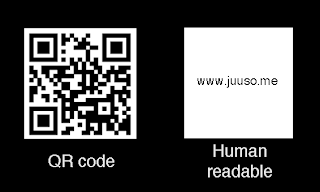 Which one of these are you more likely to navigate to: the QR code or the human readable URL? I can easily imagine a situation where a creative agency or progressive marketing client wants to "get more out of their campaign" and under the pretext of being "cutting edge" decide to add a QR code to their billboard or print ad. This is a great idea... or would be if anyone actually used QR codes or if they were actually useful this way. I haven't been able to find one single execution where it has been used successfully although the technology is over 10 years old. Just use common sense and think of someone walking down the street, seeing an interesting offer, taking out their phone, finding or downloading the QR-reader, aligning the image perfectly, snapping the pic and navigating to a campaign website. How likely do you think this is?


Why it's not a good idea to use QR-codes in advertising:
Is there a situation where it would make sense to use QR codes? Yes, of course, there's nothing wrong with the technology, just the application of it. I would recommend QR codes in situations where you need a large number of unique URL's and the interpretation of that code is done under controlled environments or it doesn't rely on the user to interpret it. Classic examples are theater tickets or boarding passes. And if you really really want to use it in a campaign, perhaps a scavenger hunt where people have to collect as many unique codes as possible could make sense. But just as a link into a advertising campaign website, I have a feeling that short human readable URL's are a better way in - and perhaps NFC in the near future.
Posted by Unknown at 11:32 AM